Penny and I had a look at the new bicycle path that is soon to open between Kew and Ivanhoe. We've seen both ends of it now, from Willsmere in Kew, to Ivanhoe.

In writing this blog post, I've come across the startling fact that people in Alphington won't be a able to get onto the path. Amazing. How could so much money - 18 million dollars -  be spent on the path and then not allow one whole suburb to access  it?

However, I do see that there is a suggestion of an entry in the future from Alphington.

At any rate, Penny and I are fortunate to be coming in  from either the Kew end or the Ivanhoe end.

When we set off, from Ivanhoe, we passed under a tree that we've never taken any notice of before. 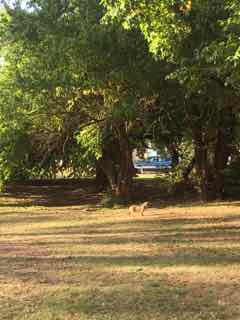 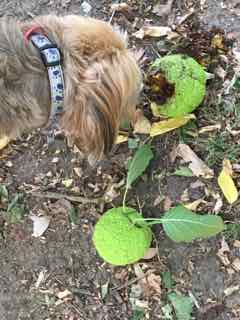 But I had to have a second look. 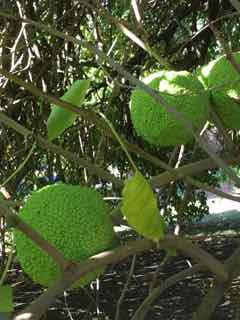 OMG! Osage orange. I once spent ages trying to source one of these trees, because I was keeping silkworms in my classroom and the students needed lots of leaves. We were running out of mulberry leaves and I knew osage orange could be used as well. And there was this tree, right near the school! 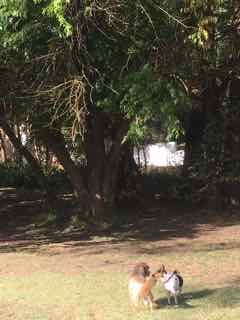 We headed off along the new path, but Penny wasn't too keen to walk. We're never quite sure whether this happens because of her arthritis, or because it's nearly dinner-time.

When we turned for home, she led the way by a long shot. 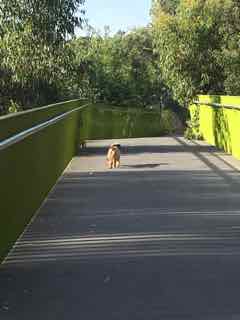