cooking for your dog

I've always been an advocate of a raw diet, but over the eight years of Penny's lifetime I've softened in my approach and now go with the theme of 'everything in moderation'. (Unless a food is actually unhealthy for dogs, of course.)

It can become tricky to source a variety of raw meats, but I think the list by Dr Bruce Syme at the bottom of this old post of mine is a good general resource.

In general, we'll continue with the raw diet, but I've come across a new book that has a convincingly clear explanation of many aspects of diet for pet dogs. It's called Feed Your Best Friend Better. 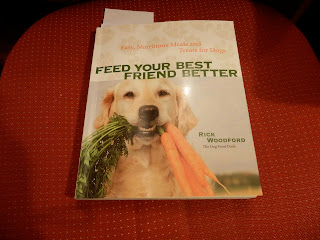 One of the things I like about the guy who wrote this book is that he's more about what to feed your dog for good health rather than focusing on what not to feed.

Another feature of the book is that it has the clearest explanation I've come across of  how much to feed your dog in terms of activity level... 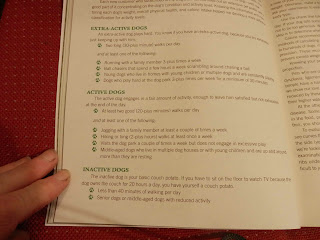 and a clear diagram of how to estimate whether your dog is at a healthy weight and how many calories a day she requires for her level of activity and age. 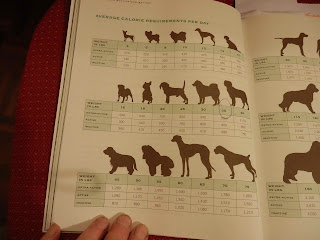 Because the recipes and information are for US measurements, I've had to adapt them, but as you can see from these pictures, I'm getting myself organised, lol. 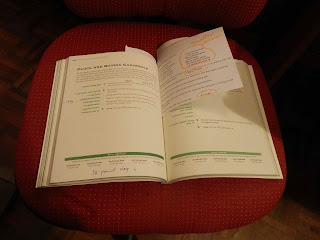 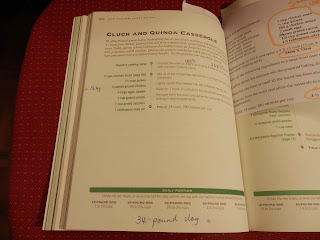 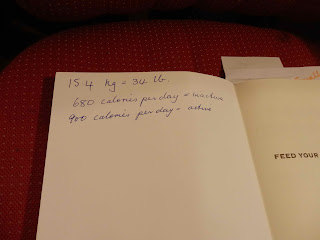 [If you click on the photos of the book, another window will come up with a large photo that makes the pages more readable.]

At first, I felt a bit overwhelmed by the discussion of what supplements a dog needs if you are preparing meals at home, but it's reassuring to see that the author, Rick Woodford, is not dismissive of commercial foods. If I've understood correctly, he says that commercial foods are supplemented so fully that even adding half commercial food to the dog's diet will result in sufficient nutritional extras.

We add Sasha's Blend (or Glyde) to Penny's bowl each day, for joint health, and  Melrose Omega-3 Liquid, plus Vet's All Natural Complete Mix a few times a week. I think that covers most of the nutritional requirements that she might miss on a home--prepared diet. She gets ZiwiPeak canned food some days, also - the label says it has 'added Vitamins and Minerals'. I love this food, even though it's expensive, because it's mostly meat (or fish) and has a variety of meats and organ meats we couldn't easily access from the butcher (venison and tripe for instance). 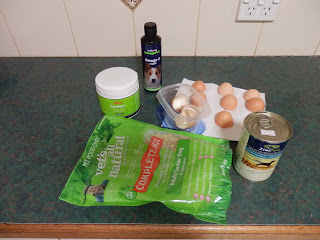 In the photo above you'll notice some eggshells. I used to crush up eggshells and include them in Penny's food occasionally, until a friend told me about the time her labrador retriever got a bit of eggshell stuck to the lining of his bowel. So I stopped adding eggshells! But Rick Woodford suggests washing eggshells, drying them and them baking them in the over until brittle, after which they go into a food processor to be ground up to a powder. I'm collecting the shells and I'll try his method when I have enough shells to make it worth the trouble.
Posted by parlance at 22:08