Penny doesn't see the eclipse of the moon

I took Penny down to a nearby street corner to watch the moonrise tonight, because the moon was to come up totally in eclipse.

Penny didn't seem to understand the idea of setting off for a walk and then standing around for ages. In her opinion, that's a waste of time, so she tried mightily to convince me we should dash up and down the footpath, here and there, anywhere. But since it was rush hour on the road beside us, I decided to take her home and go back to watch the eclipse with other humans, who understand that we need to take time to see how the universe around us works. 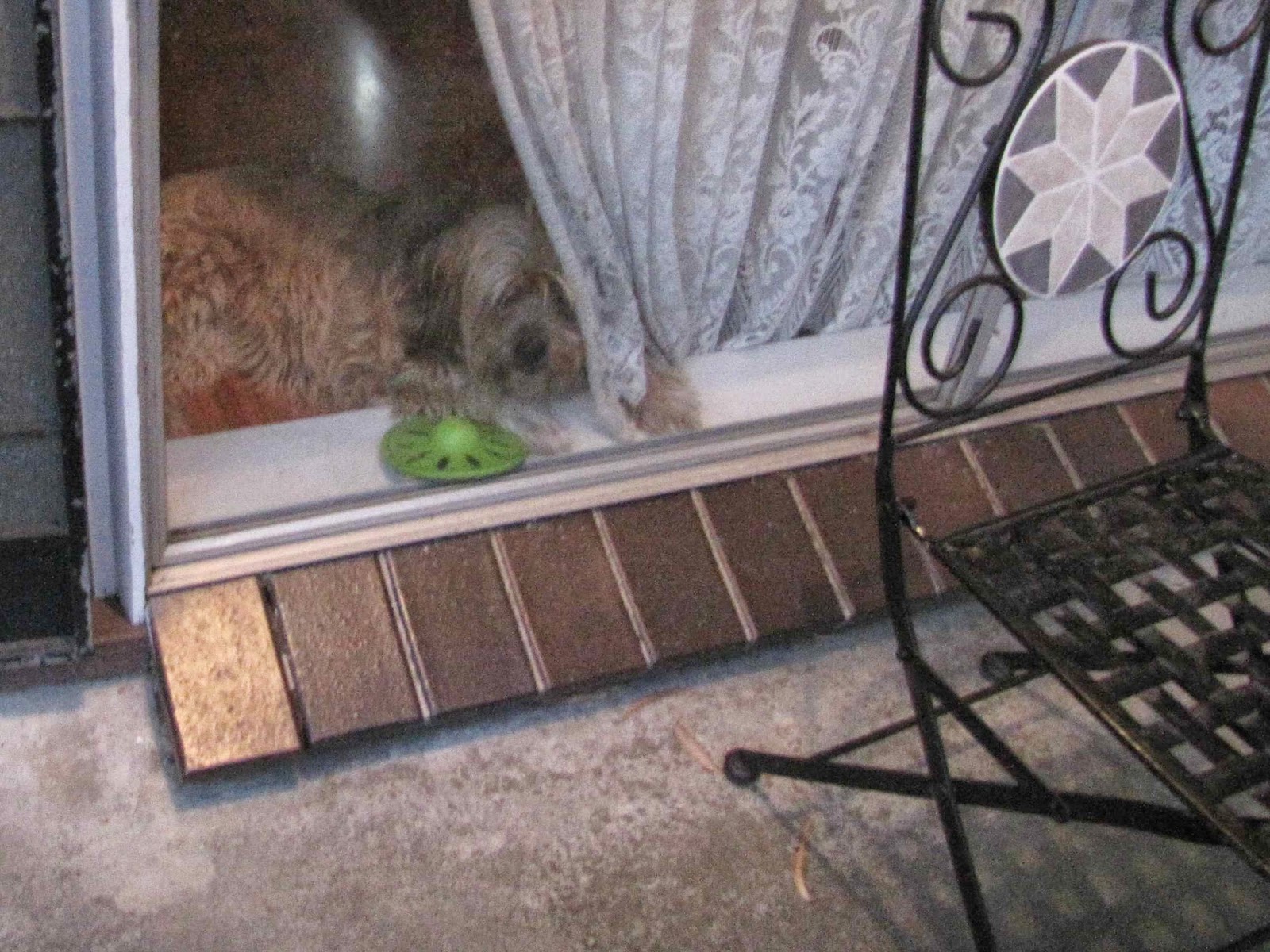 Penny looks rather sad in this photo, but she was actually quite happy to stay home, because I had scattered little fish treats around the floor.

The eclipse wasn't very exciting, to be honest. Just an orangey blur barely visible through the mucky pollution on the horizon. But it was great fun to meet other locals and watch the shadow of our planet move across the surface of our nearest neighbour in space. 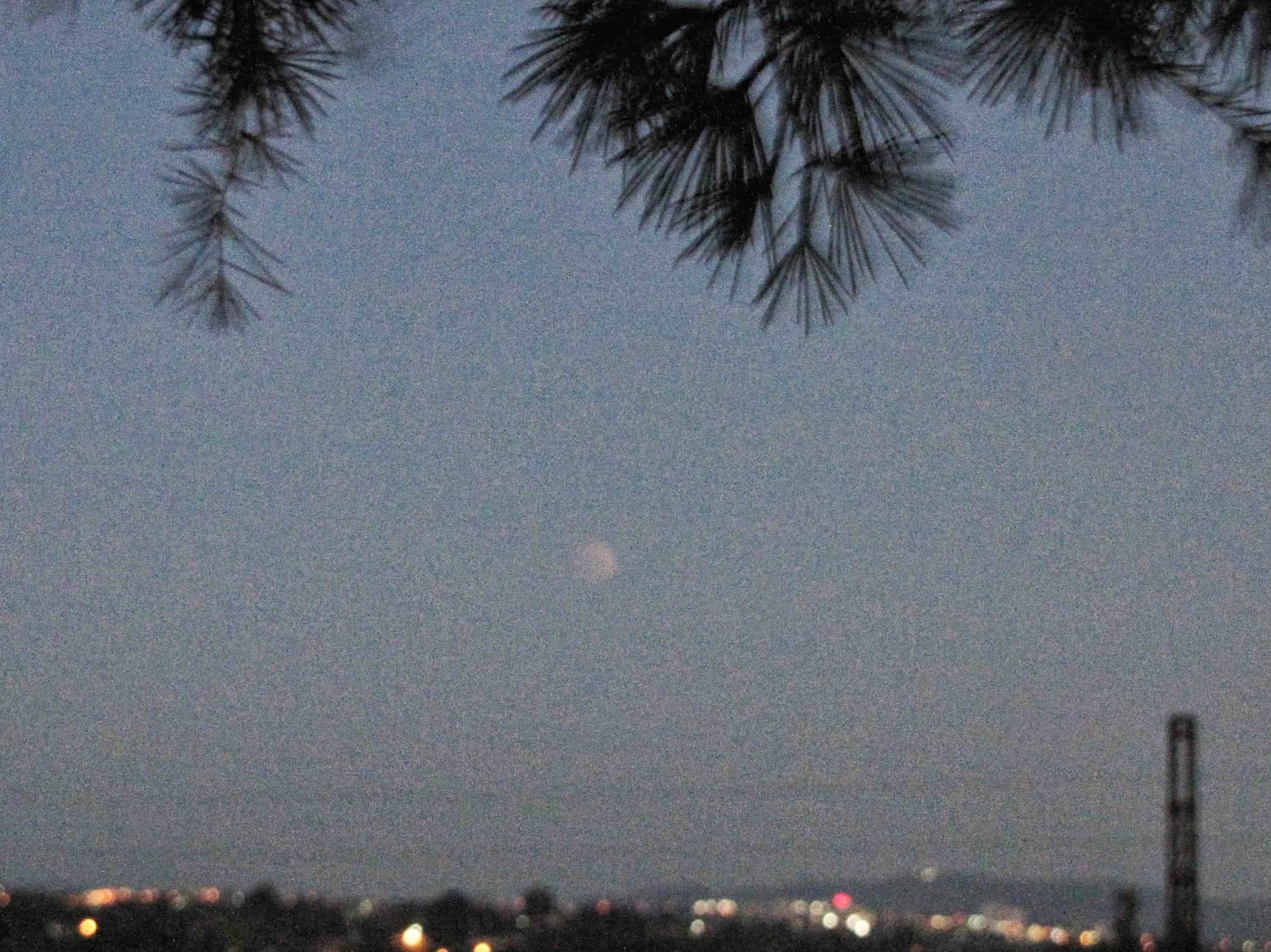 It's amazing to think that we were seeing the curve of planet Earth across the Moon, just as the ancients did. 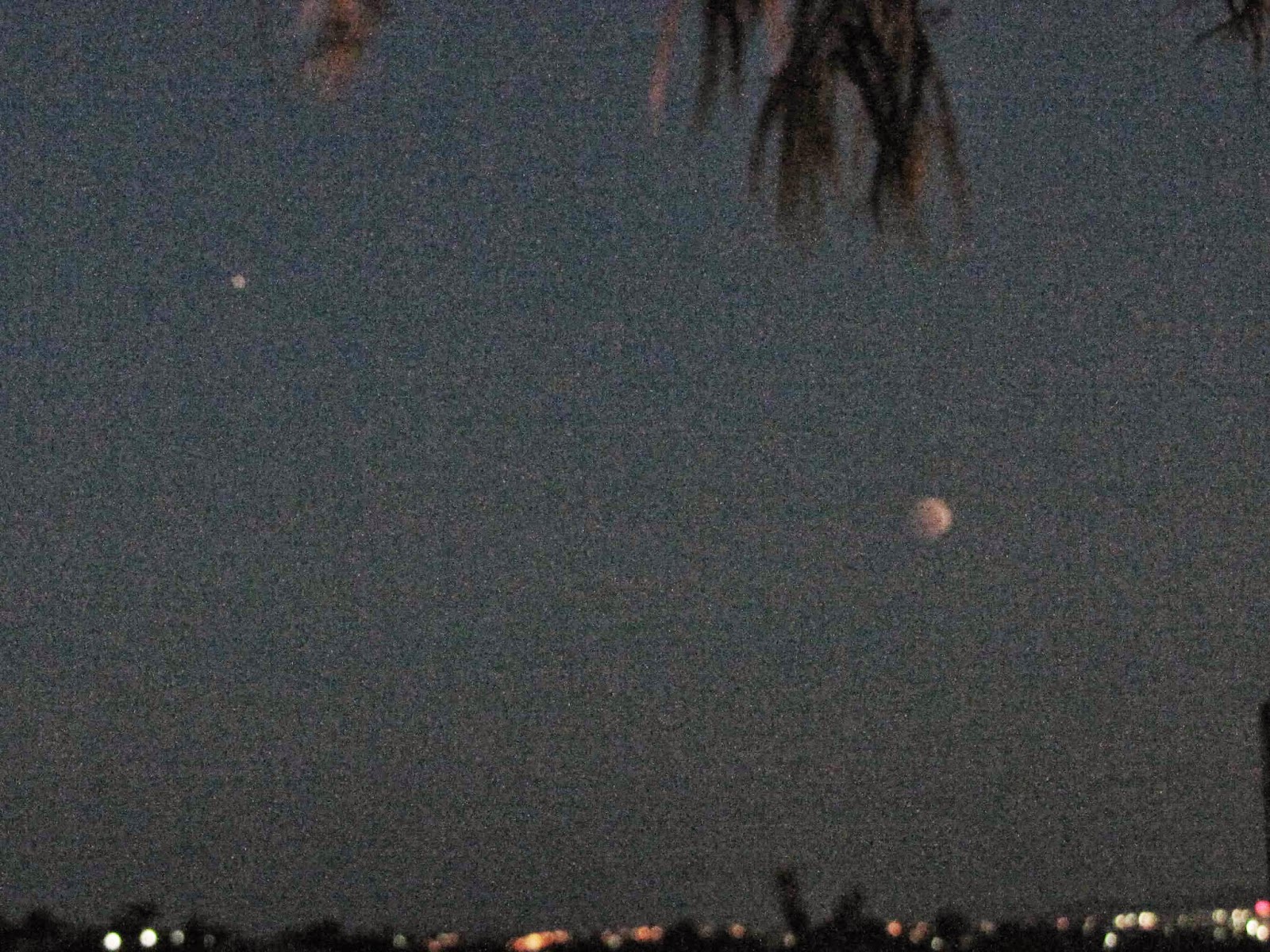 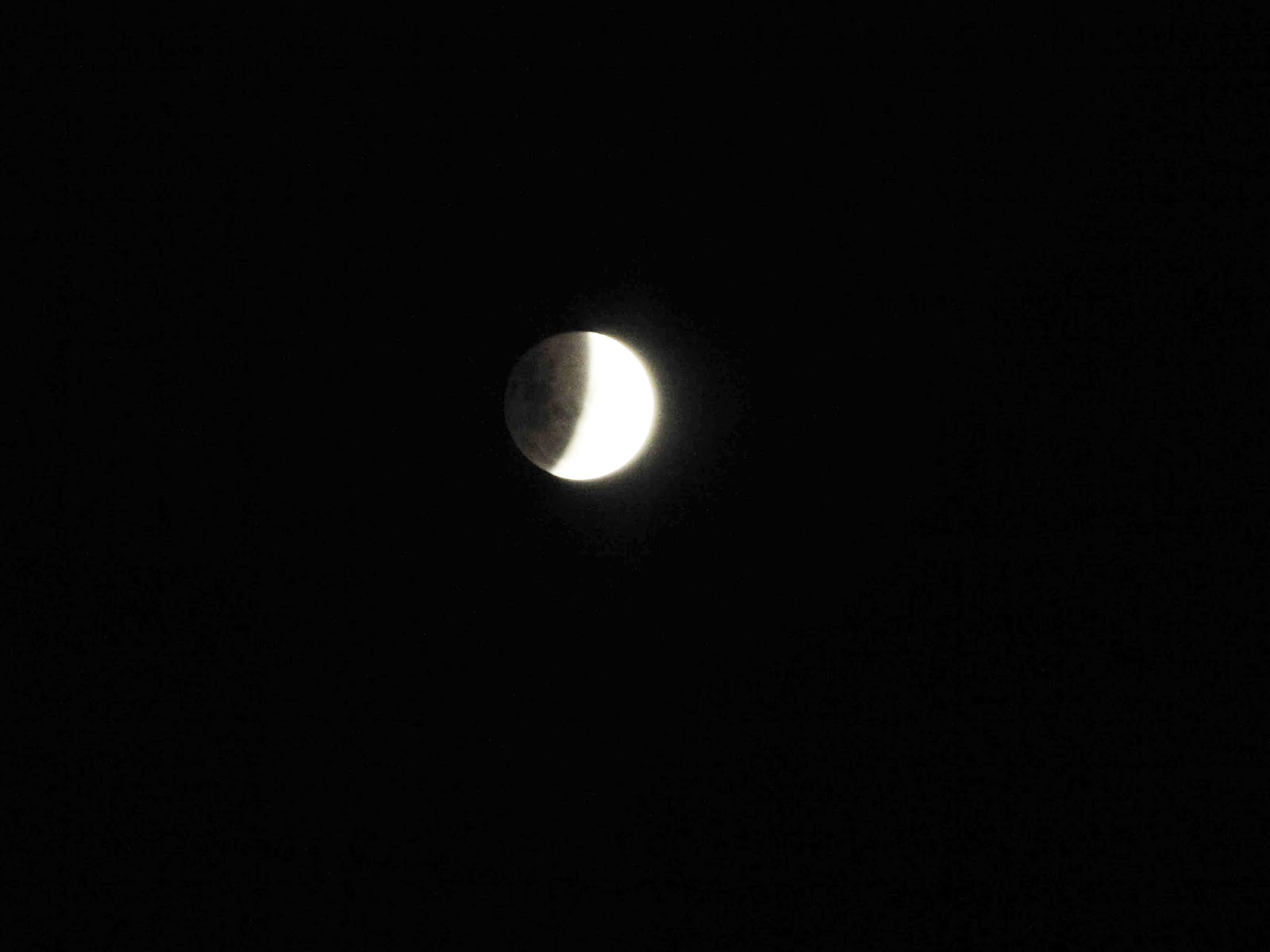 A neighbour mentioned to me that it was this phenomenon that first led ancient Greek philosophers to realise Earth is a sphere.

In following up on her remark, I came across this great clip from Carl Sagan's show Cosmos, in which he explains how Eratosthenes worked out the circumference of the earth, so many thousands of years ago. He realised that Earth could not be a flat surface. It must be curved. Just in case you don't want to click across to YouTube, here it is:

What a lovely story Parlance.