Birds in Warringal Parklands are used to dogs

After scaring myself that Penny might nibble some rabbit droppings along The Plenty River Trail yesterday, I moved her walk to our old favorite, Warringal Parklands. We had our usual fun, with lots of walking and swimming, but the difference on this walk was the number of birds we saw.

Do you know that feeling that someone is watching you? 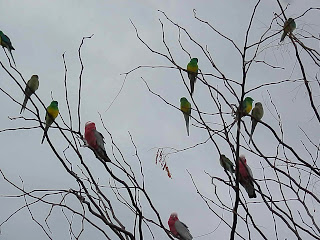 Well, in this park they are! 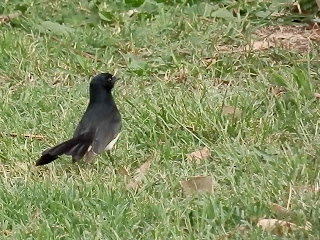 (Sometimes from behind a blade of grass.) 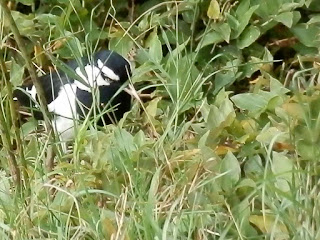 A big flock of ducks was munching on grass, and disobligingly flew off when I crept closer to take a photo of them, but when we came back from Penny's swim in the Yarra, they were back in the same place. 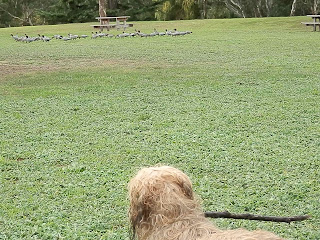 I left them in peace this time, because I knew I couldn't get a photo in focus with my little point-and-shoot camera. Here's the one of them leaving previously: 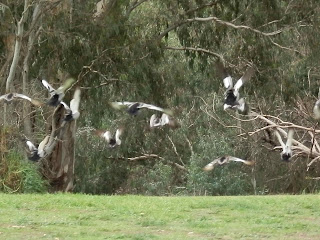 The various birds that live in the parklands don't seem to care about dogs. They simply fly into the air, circle and land in the same place a couple of minutes after we pass by. 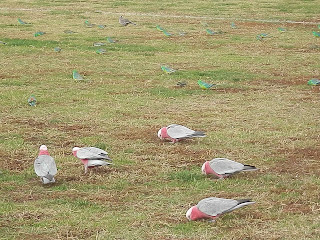 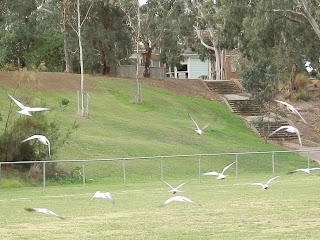 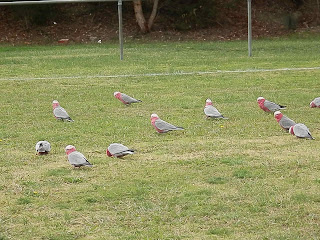 Penny found the birds quite boring. She would rather eat some grass. 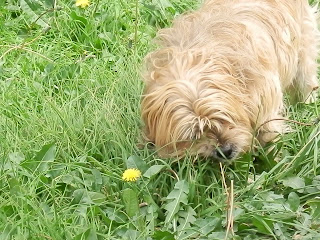 The first photo reminds me of Hitchcock's "The Birds".

Slavenka, I know what you mean. Creepy...

Well, not really, because they flew away rather than towards Penny and me, lol.

The pictures look pretty to us. U did a great job with the point and shoot camera.

Lassie and Benjie, thanks for the encouragement!