a dog helps with bushfire prevention

Penny went with us to Warburton last weekend, to help us clean up around the house, because Warburton has been on high alert for weeks - the still-burning fires have been all too close.

We worked harder than we've done for a long time, removing the endless array of dead leaves the eucalypts toss down all day. Eucalypts have evolved to burn, of course, so they also throw down twigs and small branches. That's where Penny got into the job, determinedly chewing branches into mulch. 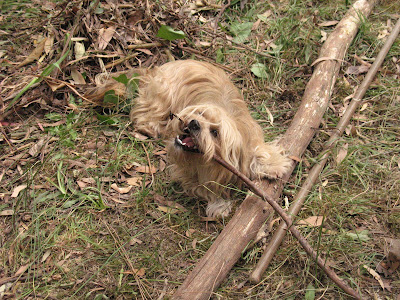 It's been a worrying time in many areas and Warburton has been threatened by the fires in the nearby hills. As we worked we could feel soft ash drifting down around us, and the sight of the occasional burnt leaf lying amongst the dry vegetation was quite scary in its implications. 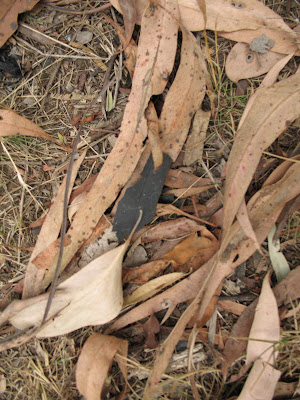 I could definitely help with the stick clean up! Good Penny!

Johann, I can imagine you crunching those bothersome sticks into little pieces!